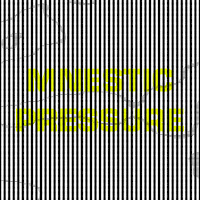 Lee Gamble patrolling prowling the borders of the dance floor as he does, sometimes, on some tracks, like Istian, which sounds like it carries a sample from somewhere but who knows what he samples or where he gets them from unless you're one of those who know The History of Rave/Jungle/whatever and I'm not - all diced and sliced, some bass boom chucked in (no not chucked, fused/blended) - tick-tick-tick...East Sedducke - ticking time bomb splintered d&b FX - it's ALL GOOD - the whip-cracking percussion and tire-screeching 23 Bay Flips, robot jive of UE8 and 'junglist' Ghost - YES! 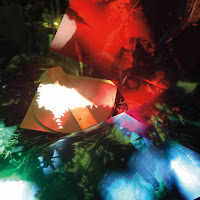 Paul Snowdon's back (where's he been? painting, probably) as Time Attendant (who else?) and as per usual (you know, this level of consistency is boring!) he's made a great album, a lovely album, an album of subtle, crafty, slippery electronic wonders.  Suburbanosis has a fine section where it sounds like Forbidden Planet then very swiftly an 80s psycho-slasher soundtrack before becoming totally Time Attendant, which is great because I'd hate him to sound like anyone else even when he's channelling Deliah or Daphne and he never straight out copies the Radiophonic thing but rather contacts it through a spiritual medium rather like Jon Brooks, who mastered Ruby Modifier. Another gem from Time Attendant.