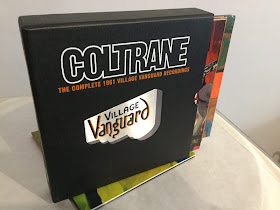 I'm bad at remembering birthdays, even family ones, so it's thanks to a friend's FB post that I was informed of John Coltrane's arrival on Sept 23rd 1926. The ensuing conversation prompted me to reach for the Complete 1961 Village Vanguard Recordings CD box set and play, amongst other tracks, their rendition of Greensleeves. In doing so, whilst McCoy Tyner played the melody, I was struck (not for the first time) by how strange it was for hip, black Jazz musicians to be playing an Elizabethan ditty. It was first revealed on the Africa/Brass album earlier in 1961. I've no idea why Coltrane picked it but he'd also recorded My Favourite Things a year earlier, turning that into a Jazz classic so who are we to doubt the wisdom of his choices? 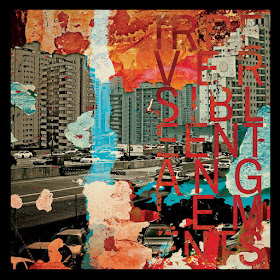 Jazz today ain't dead and doesn't even smell funny judging by the fiery evidence of Irreversible Entanglements by Irreversible Entanglements. Yes the art form is alive and well in the hands of this ensemble on Chicago's International Anthem label. Channelling Jayne Cortez and The Last Poets Camae Ayewa (a.k.a. Moor Mother) preaches from the pulpit of politics and despair. These fiercely righteous cuts featuring Keir Neuringer's alto along with Aquiles Navarro (no relation?) on trumpet and a buoyant, rumbling rhythm section ooze class. The third track, Enough, is notable for a brilliant opening double salvo from Neuringer and Navarro alone before the rest come alive. There's plenty of fire-spitting from all involved, especially Neuringer on Projects but to pick one from the group is to deny all the credit they deserve.